Of course, everyone knew he was going to run for re-election. That was hardly a surprise. He filed his 2020 paperwork the day after his January 2017 inauguration, and he’s been holding regular campaign-style rallies across key battleground states ever since.

And so on Tuesday in Florida – one of the biggest of electoral battlegrounds, a state the president absolutely must win in 2020 – it wasn’t about whether Mr Trump was going to seek re-election. It was about how he’s going to do it. The event was an unveiling of sorts – a trial run of his pitch to the American people for four more years, before a raucous, red-hat-wearing crowd packing a 20,000-seat arena.

Trump rallies are always a give-and-take affair, with the president trying out lines to see how his supporters react. And the crowd’s response to Mr Trump’s 78-minute speech offered some clues of what could be in store.

There were the expected boasts about the state of the American economy, which he called “perhaps the greatest economy in the history of our country”. He talked about regulation-cutting, boosts in military spending, trade negotiations, tax reform, border security and judicial appointments. All received a warm reception from the audience.

“What he’s done for this country, the manufacturing jobs coming back, our steel industry coming back, wages for the average American going up, Americans are getting back in homes again – it’s a beautiful thing,” said Robert Adamson, an insurance salesman from Merritt Island, Florida. “This is the only platform he really gets where he gets a fair shake at being able to divulge his achievements.”

The Trump phenomenon has always been about more than policies, however – more than just “promises made and promises kept,” as Vice-President Mike Pence said in his exceedingly conventional introductory speech.

Mr Trump’s success has been about attitude and the ability to connect with his supporters, to make them feel like they’re a part of his movement. And that was once again on display in Orlando.

“I think he resonates with people because he comes across as a regular person,” said Paul Barka, a maintenance worker for a college in Tampa, Florida. “He doesn’t talk like a polished politician. It doesn’t matter if he comes across as being rash or harsh or even ignorant at times.”

At one point, the president polled the audience on whether he should keep “Make America Great Again” as his 2020 campaign slogan or opt for “Keep America Great.” The deafening response to the latter option seemed to surprise even him.

Similar levels of audience approbation came when he thanked outgoing press secretary Sarah Huckabee Sanders, who briefly took the microphone to say how honoured she was to have a front row seat to history.

She has been one of the president’s most ardent defenders, and the crowd showed their love.

“She’s been a fighter,” says Christopher Dunn, a graduate student who travelled to the rally from northern Florida with some friends. “It’s not conflict we want, we want somebody who won’t roll over.”

Then there was the airing of grievances. If Tuesday’s rally was any indication, the overriding theme of the president’s re-election campaign will be a bid for vindication – vindication against his critics in the “fake news” media, in the Democratic Party and among the nation’s elite. It’s all part of “the swamp,” which he said has been fighting back against him “so viciously and violently”.

It’s Mr Trump and his faithful against the Democrats, the media, the world – and, if his speech is a guide, that’s just the way president wants it. 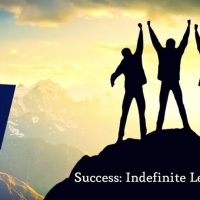