Intelligence agencies have warned the government of a possible infiltration into Indian territory by a group of terrorists waiting near the Line of Control (LoC).

Intel sources said that the terrorists may carry out a big terror attack in Jammu and Kashmir (J&K) or may target security forces stationed along the Amarnath Yatra route.

According to an intelligence report forwarded to the government, terrorist movement has been spotted in Pakistan-occupied Kashmir (PoK) with a group of 5-6 foreign terrorists in Losar and Sardari area ready to infiltrate into India. Sources added that the terrorists may infiltrate by taking the route Losar-1 to Sardari PoK to Indian side Govind post to Nani post.

Intel agencies observed another group movement that comprised 3-4 Lashkar-e-Taiba (LeT) foreign terrorists. This group is probably the receiving party in the forest area of Trinch, Reshwari in Kupwara.

Intelligence reports also revealed that a group of 10-12 terrorists were spotted in Hugom, Bijbehara area.

Sources said that all the terrorists are being controlled by Pakistan-based terrorist commanders and Pakistan’s intelligence agency Inter-Services Intelligence (ISI).

People these days lead a stressful life which directly affects their health. So if one wants to stay healthy they need to adapt some lifestyle routines. Here are some natural health tips which one can follow on a regular basis to stay fit and healthy.

Yes, this is the most important and necessary thing to stay healthy. It shows on your body and skin that what you eat. You need to treat you body with healthy food items so that it can stay healthy. Try to include some green vegetables and fresh fruits in your daily diet. And the other thing is, you have to avoid the fast fried and sugary food items to stay healthy. Drink enough water to stay hydrated.

Sitting in one corner for the entire day is very bad for your health. You have to move your body and that means you have to indulge yourself into enough exercise which will help your body to stay fit. You can join a gym, do some yoga, enjoy a swim or at least go for a morning or an evening walk.

There are actually many activities which can help you to stay active. If you sit all day at one position and work then it might develop varicose veins in your veins. So, you need right amount of exercises for your body. All your joints and muscles will remain active by this and the metabolism power will also remain high in the body.

Make some time for meditation

If you think health is only for your body, then you are completely mistaken. It also has a lot to do with your mind. So it is a brilliant idea if you can learn how to meditate. For that, you can enrol into a proper yoga class where an instructor can help you. This will keep your mind calm and you can deal with a lot of things with a calm mind, this meditation can remove the negative energy from your life and add up some positive effects there.

Loving a pet can always reduce stress. If you have a cat or a dog at home you can lead a healthy life. If you love them, they will give back more love to you. A pet at a house can brighten your mood after having a really dull day and it can lower the level of your blood pressure in your body. Also the more you cuddle them, you feel relaxed and healed from inside. This is definitely a positive effect on your body and mind.

Being a night owl is not a very healthy thing. So you need to try to go to bed a bit early and try waking up early as well. This will make you feel refreshed throughout the day. Also you have enough energy to endure throughout the day’s work pressure. 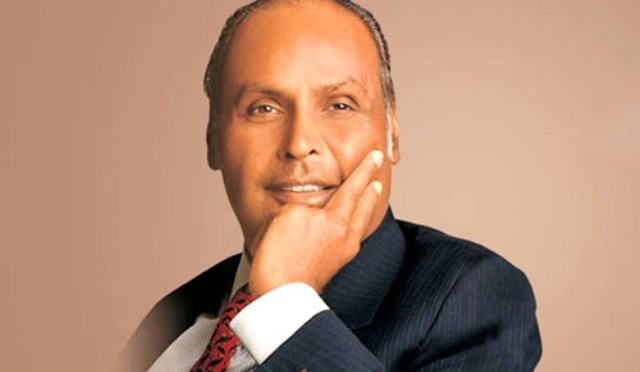 A true rags-to-riches story, Dhirajlal Hirachand Ambani, has been undisputedly India’s most enterprising entrepreneur. Born in a gujarati family Dhirubai moved toYemen at the age of 16, where he worked as a dispatch clerk with A. Besse & Co.

After working in Dubai for sometime he later returned to India where he founded the Reliance Commercial Corporation with a meager capital of Rs. 15000. He set up the business in partnership with Champaklal Damani from whom he split in 1965.

He rose from humble beginnings to create India’s largest industrial empire, and in the process, became one of the world’s richest men. He rewrote India’s corporate history for which he was featured among the select Forbes billionaires list. He also figured in the Sunday Times list of top 50 businessmen in Asia.

Credited for starting the equity cult in India, Dhirubhai was praised for his key role in shaping India’s stock market culture by attracting hordes of retail investors to a market monopolized by state-run financial institutions.

He never followed the traditional way and was often targeted for his business strategies due to which he courted controversy all throughout his life. The ‘Dhirubhai school of management’ firmly believed that the only thing which mattered were the end results and the benefits which infiltrated directly to the shareholders.

He won many awards and accolades during his lifetime. In 2000, he was conferred the ‘Man of the Century’ award by Chemtech Foundation and Chemical Engineering World for his contribution to the growth and development of the chemical industry in India. In 1998, he was awarded the Dean’s Medal by The Wharton School, University of Pennsylvania, for setting an outstanding example of leadership. Dhirubhai Ambani was also named the “Man of 20th Century” by the Federation of Indian Chambers of Commerce and Industry (FICCI).

A perfect amalgamation of grit and determination, Dhirubai believed in his dreams and he lived it. He was of the belief “Dhirubhai will go one day. But Reliance’s employees and shareholders will keep it afloat. Reliance is now a concept in which the Ambanis have become irrelevant.”

In 1986 after a severe heart stroke he handed over Reliance Group to his sons Mukesh and Anil. After his death, the colossal corporate group was split into Reliance Industries, headed by Mukesh Ambani and Reliance Anil Dhirubhai Ambani Group (ADAG), led by Anil Ambani.

A visionary by birth, his life has been an inspiration for many and will serve as a beacon light for the generations to come.

Everyone wants to utilize their free time in the best possible way. Some people prefer doing creative things in their leisure time while others wish to do something productive. If you are from the latter group, then there is something that you can give a try. Utilizing the free time in enhancing your skills and knowledge by reading online can be really a great idea.

Once you have decided your learning platform, the other very important thing that you need to do is the selection of course. The best part about all these online learning sites is that they offer a variety of courses and one can choose from it very easily just by setting preferences on their account. A list of available topics related to the entered choice will appear and the best one can be picked from there. You can also consider seeing the content outline or syllabus before finalizing one.

The classes that are provided online sometimes include the lectures of trained experts and renowned professionals. This gives the learners a chance to get connected with these skilled trainers and get the solution of their problems, if they have any. Also, these websites serve as a platform where so many different type of people get a chance to connect with others who have taken up the same course. It promotes social communication to some extent. People get to know about each other and it also makes the problem solving and discussion easy and interactive.

There are so many courses available on these sites but photography courses are the one that are currently in demand. By taking up photography lessons, one can-

At the end, it is all about the passion that one has for studying a particular course. Learning a new skill requires dedication and those ready to work hard can learn quickly and easily.

The wife and son of Subrata Roy Sahara have acquired citizenship of the Republic of Macedonia, a country in the central Balkan peninsula in South-East Europe, which is attracting foreign investment by offering citizenship, say reliable sources.

Sushanto Roy and Swapna Roy, the son and wife of Sahara Group chief Subrata Roy, have acquired citizenship of the Republic of Macedonia, a country located in the central Balkan peninsula in South-East Europe. There is talk about another key director also acquiring Macedonian citizenship.

While Subrata Roy remains in jail for failing to obey orders of the Supreme Court (SC) of India, key members of the Roy family, who are part of the powerful private investment companies that control all the funds collected by the group are not even Indian nationals any longer.

Interestingly, we learn that Mr Subrata Roy himself has been a state guest in Macedonia several times. He is understood to have proposed to build a huge statue of Mother Theresa in Macedonia. There was also talk about setting up a swank Casino there.

Moneylife sent emails to Sahara Group’s PR agency on Friday for a response. Its key PR contact responded by telling us that this is a three year old issue and that many companies and businessmen have been acquiring Macedonian citizenship. However he did not want to be quoted or named.

According to an official from Sahara group, who does not want to be named, the Macedonian citizenship has been taken by Sushanto and his mother almost a year back. “The reason is that we are going for three big businesses in Macedonia. One is a dairy, which will export to many countries from there. For this fairy we have already got around 14,000 acres of land from Macedonian government. Second project is a seven star hospitality on the line of Las Vegas. It will be a ‘Las Vegas’ for European Countries, India and Middle East. The third project is a complete indoor setup for movie production. We are getting dozens of advantages (due to this citizenship) right from government permissions, allocations of lands and all level of tax benefits even up to 0% tax up to 10 years. It was a situation of compulsion for us to acquire citizenship in that country,” the official said.

It is indeed a fact that Macedonian citizenship is among the least expensive, of the many countries that offer citizenships in exchange of investment. However, the fact that many top Indian industrialists and their key confidants are opting for foreign citizenship is important in the context of the government’s effort to trace black money overseas.

Macedonia, like Montenegro, Buglaria, Romania and several Balkan countries, are trying to attract investment by offering citizenships. According to media reports, Macedonia’s government offers citizenship to anyone who invests at least 400,000 Euros and employs at least 10 people. “This offer stands for all investors except those in the hospitality and trade sectors,” a news report said quoting government spokesperson, Aleksandar Gjorgjiev.

In addition, foreigners who buy real estate worth over 40,000 Euros are given the right to stay in Macedonia for a year. Foreign nationals are currently allowed a maximum of three months stay before having to check out.

Macedonia was part of the former Yugoslavia, from which it declared independence in 1991. It became a member of the United Nations (UN) in 1993, but as a result of a dispute with Greece over its name, it was admitted under the provisional reference of the former Yugoslav Republic of Macedonia. 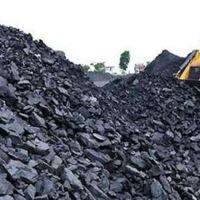